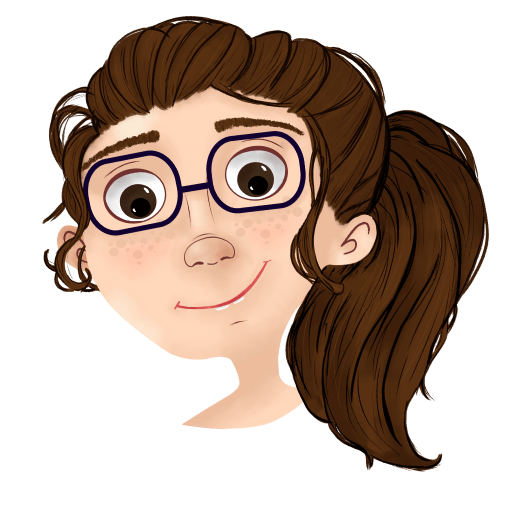 In 2019, I decided to take part in Inktober, a month-long project where an artist is encouraged to make an art piece a day (preferably in ink, but actually, anything works as long as one is staying creative). The theme of the daily art piece is set by a prompt that can be found on the official website of the project. (By the way, you can consult all the themes from previous years on the same website as well, if you are curious.)

It was one challenging month! Especially since I knew I wanted to try and weave all the prompts into one more or less continuous/coherent story. But I learned a lot and enjoyed the whole process immensely. Definitely worth a try if it is an art challenge you are after.

And here are my art pieces.

“She was seeing double, she couldn’t think straight, she felt like she was losing her mind, like she was mindless… “

“What was it that made her lose her head? What lured her in? What tempted her? What was her bait? Was it herself?“ 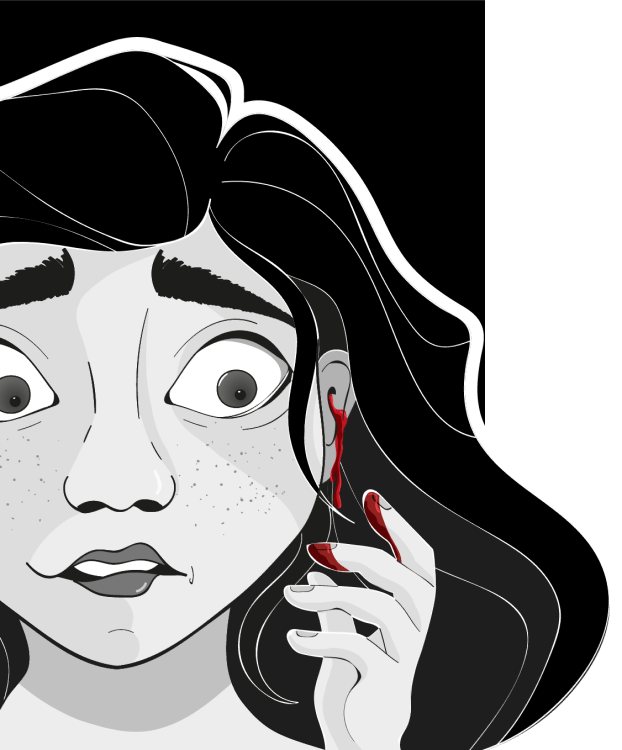 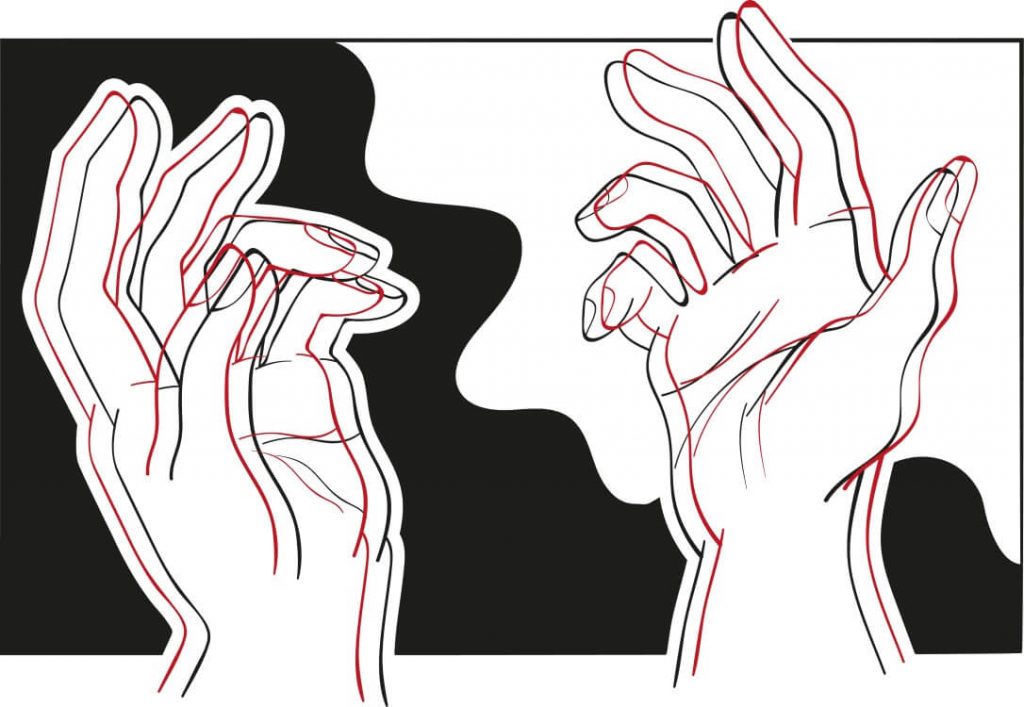 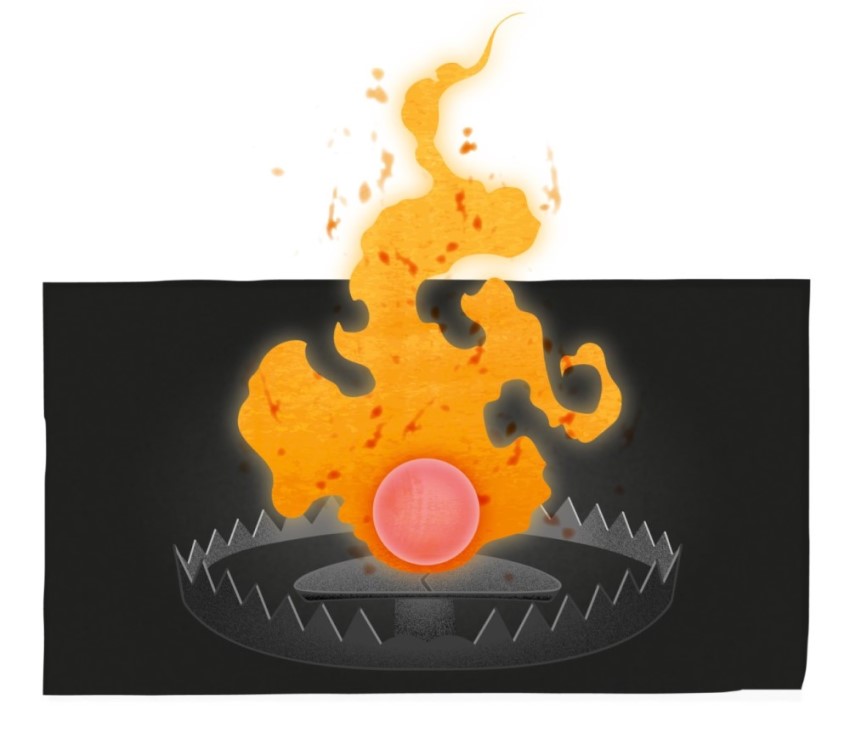 “She felt goosebumps prickling her arms. A shiver ran through her entire body. And then the cold… She was sure she would never forget how debilitating, how overpowering it was, rising from her gut, freezing every cell in her body, turning her heart into solid ice.” 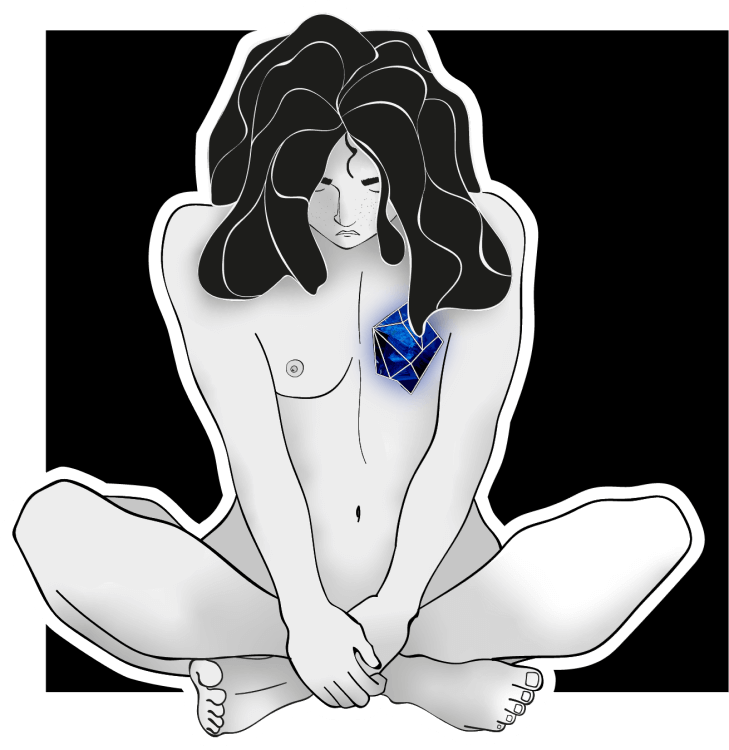 “Enough! The only way out is forward, she knew that much. To get there, to get anywhere, for that matter, she needed to build herself anew, from the ground up, taking in everything she has felt, learned, lived…“ 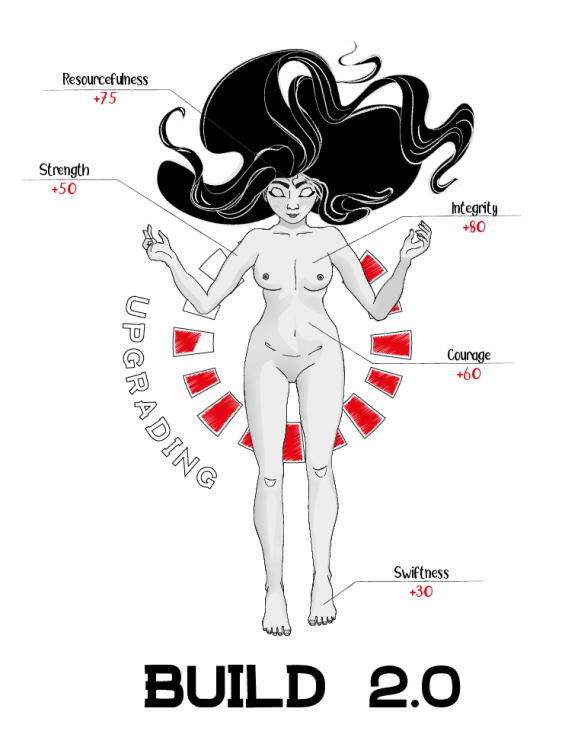 “The husky weight of her past self was flaking off with every new, confident step she took, until she could finally shine in her new glory.“ 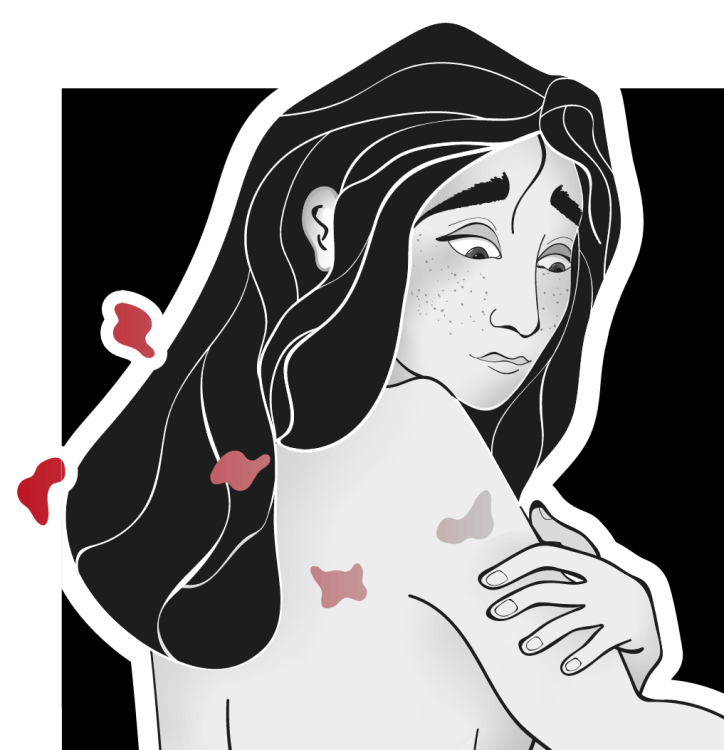 “The new enchanted world full of life, magic, beauty and adventure lay at her feet. She wasn’t scared anymore. She was ready.”

“The flame, that was yet so frail, her flame, new flame, the flame of the new soul that came into this new enchanted world was lighting her way, cautiously but unwavering, timidly but unwearying.“

“And just like that, with the music in her heart and swing in her feet, she set out on her adventure.“ 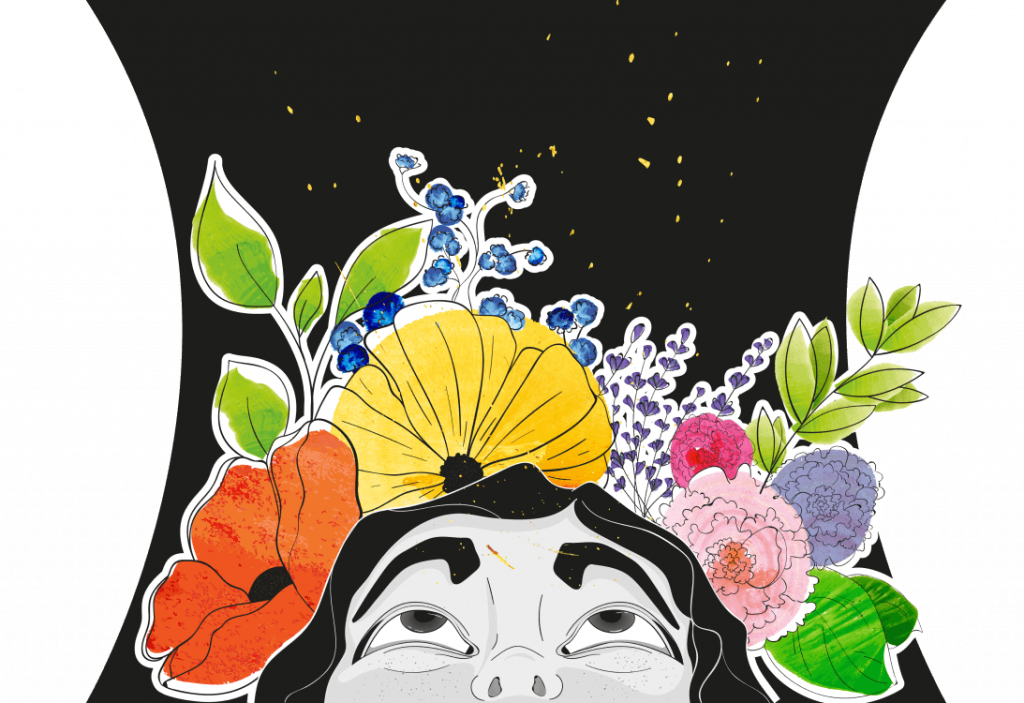 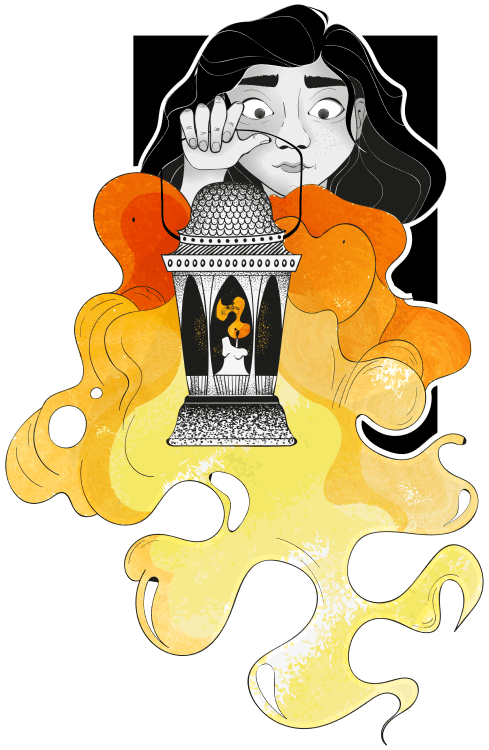 “As every major adventurer, she regarded the business of adventuring as a no laughing matter. Every aspect of such a profound venture needed to be analyzed, measured and executed with the utmost precision. And what is of utmost importance to every self-respecting adventurer? The armor and weapons, of course! So she collected the best patterns and blueprints of the most reliable gear she could find to create the most dependable equipment the world has ever known.” 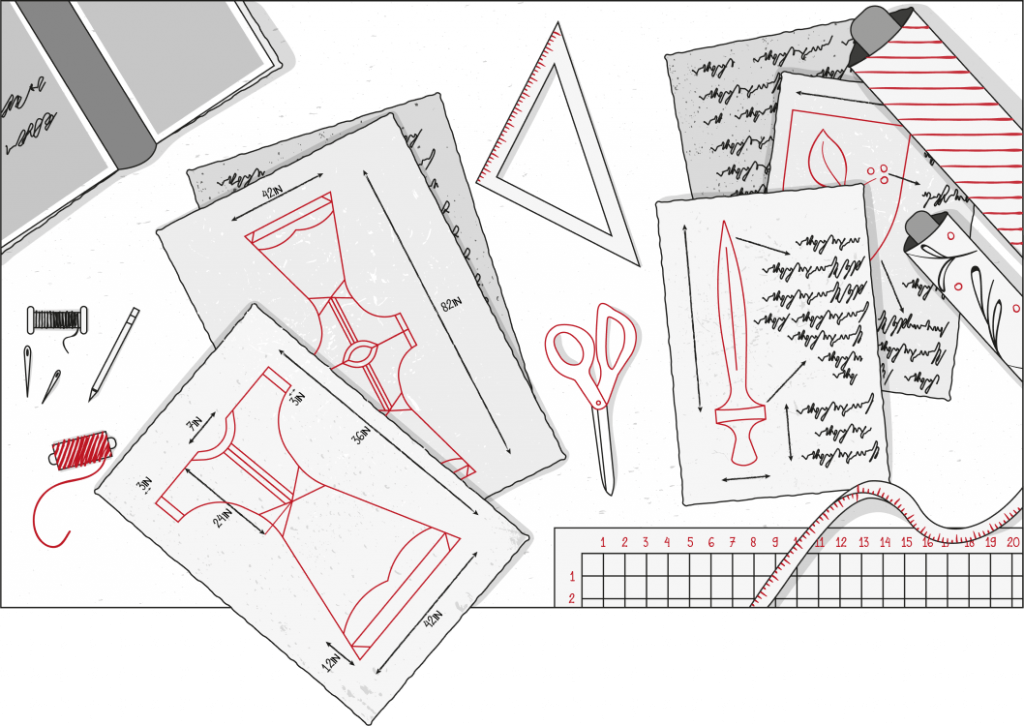 “And how right she was to prepare the best she could. For her first challenge was waiting for her as soon as she crossed the threshold. The outside world was covered with snow!” 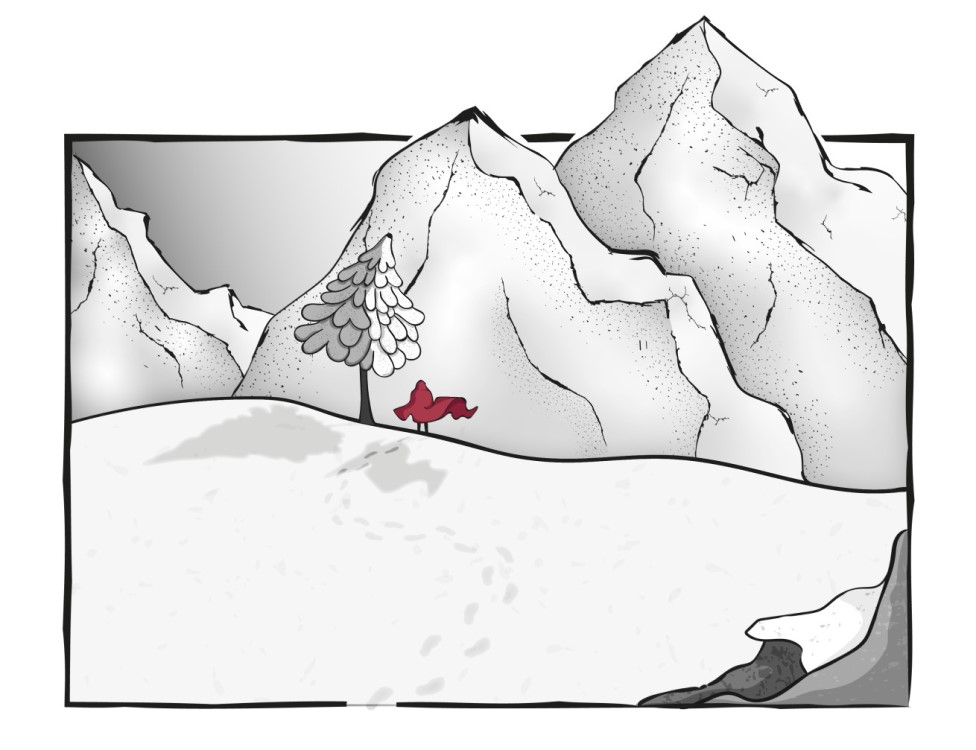 “She was making her way through the snow covered forests of that piece of the world she was used to call her own when the night started descending on the sleepy landscapes all around her. This calm, sleepy night brought a myriad of stars to shine their dim, soothing light on the mountains and trees. She felt at ease, her steps echoing the beating of her heart, when all of a sudden something up in the sky caught her eye. It was a curious star alignment that seemed to shine brighter and to grow bigger with her every step. What were these stars? Has she seen them before?.. And then it dawned on her. The Draco constellation, of course! The constellation that draws its light from the spirit of a dragon. But that would mean…there are still dragons around. Was that possible?“ 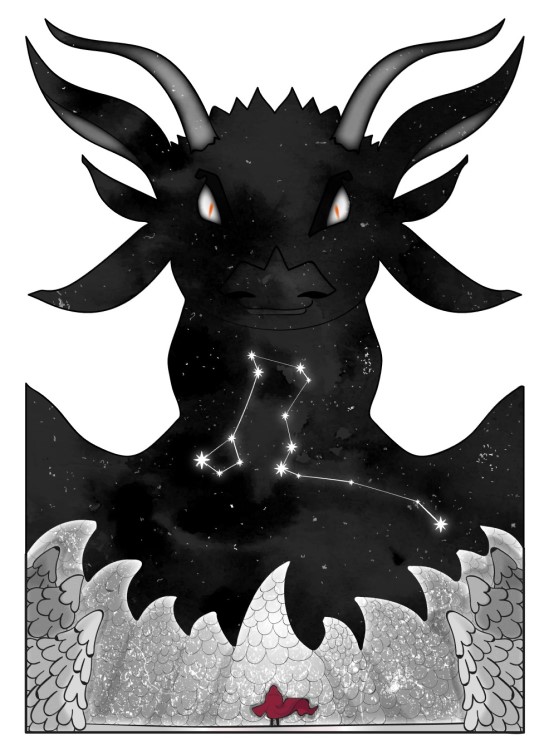 “She followed the starry light, growing more intense with her every step, until it led her to a small clearing amidst the snowy forest. But what was that, right there, in the middle? She knew these woods by heart, and she could swear she has never seen anything out of the ordinary here before. What was this olden gray stone towering over the clearing doing here? How did it get here? What were those red lines etched on it? Cautiously approaching this curious obelisk, she recognized the runic symbol carved with so much precision into it. It was the one of the runes of the Anglo-Saxon alphabet, the ash-tree rune. But what did it all mean?“ 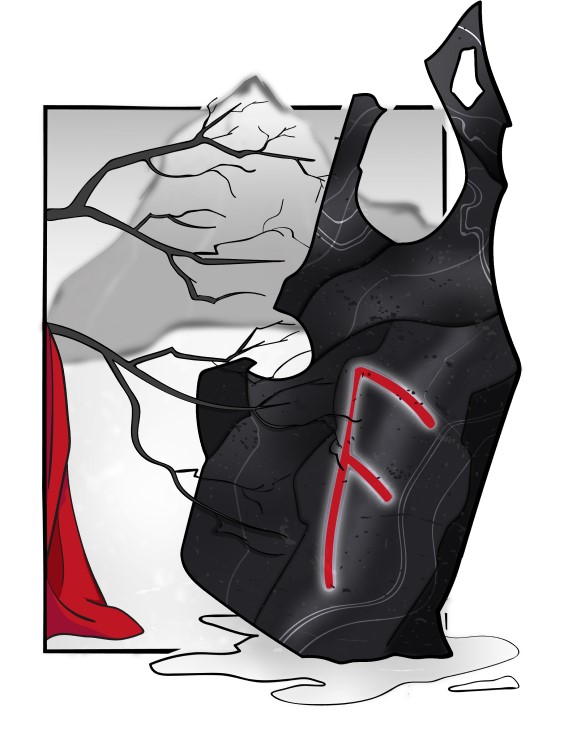 “She needed to touch the engraving, even if it was just to be sure that it is real. But once she put her hand on the symbol, she could feel that she sat something in motion. Everything around her started to shift, change proportion, dimension, heck, even temperature! The world was put on its head and in the blink of an eye, she was somewhere else. Or, that’s what she thought for just a split second. Once she took a closer look, everything was still the same, although… different. It was the same obelisk, although maybe older, the same time, although the engraving not as sharp as it was and… overgrown with moss and creepers of all sorts. What was going on?“ 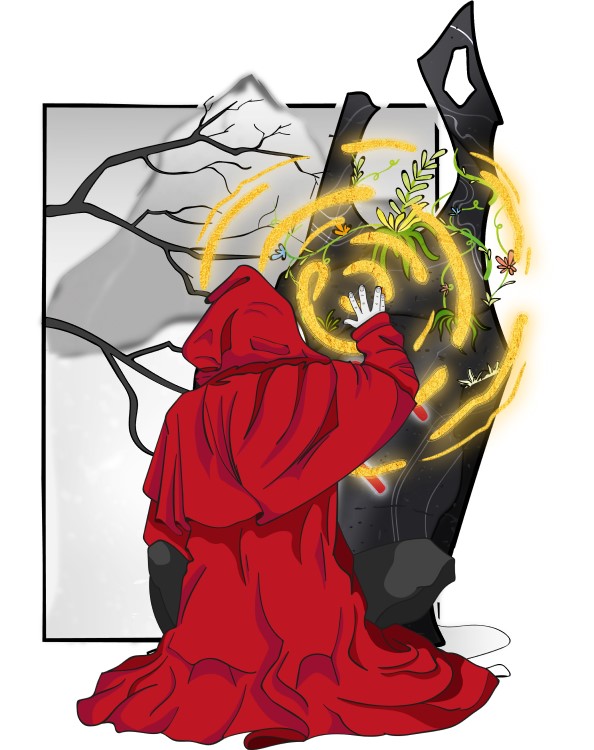 “Her mind started to race, trying to assemble the pieces of a puzzle she didn’t know existed into something that would make sense. She did set out on an adventure, that she was sure of. She did assemble and build the best gear she has imagined she could need, but that was more of a just-in-case provision. Plus, who hasn’t fantasized about stepping into the shoes of a legendary Arthurian knight (or any other knight, for that matter), even if it was just playing pretend. But that was all it was. Fantasies! Make-believes! A game!“ 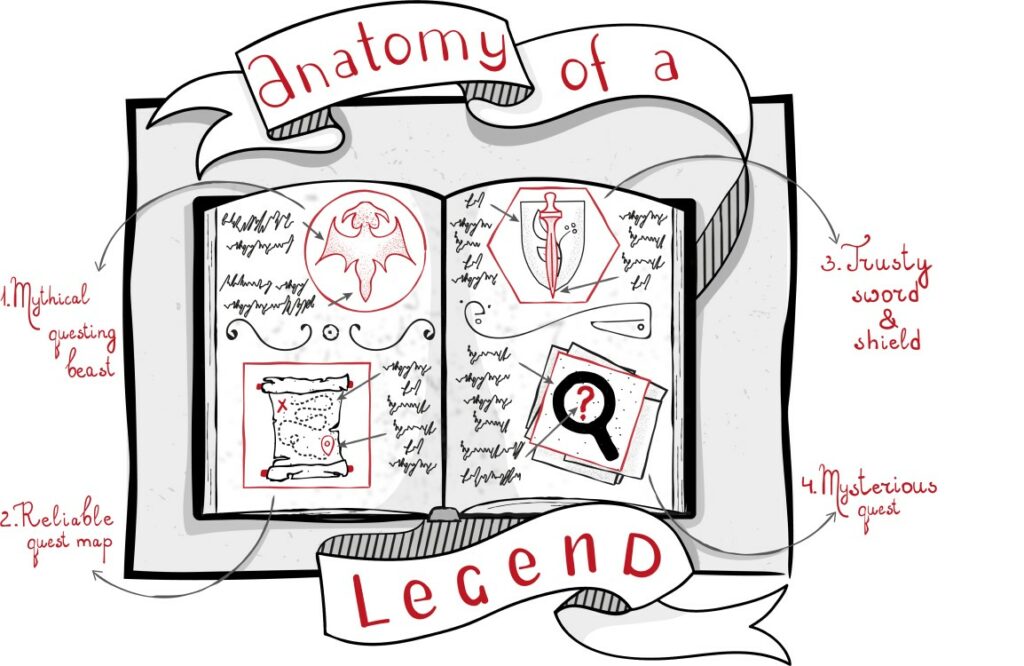 “When, all of a sudden, a rustle of leaves accompanied by this exact ornament detaching and falling at full pelt down to the ground interrupted her musings. Someone or something must have slung the star down from this tree!“ 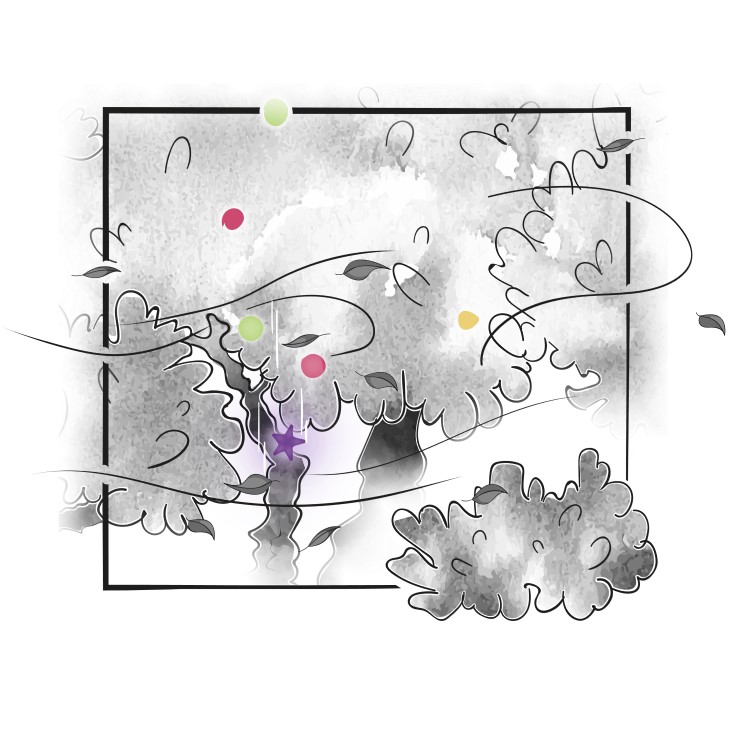 “With an almost imperceptible *cling* the ornament shattered against a stone and into little pieces, its shards covering the ground in front of the tree. But it wasn’t just the shards that were glistening in the sun. There was something inside the ornament itself. She started treading carefully towards the wreckage site (after all, the slinger might still be around).“ 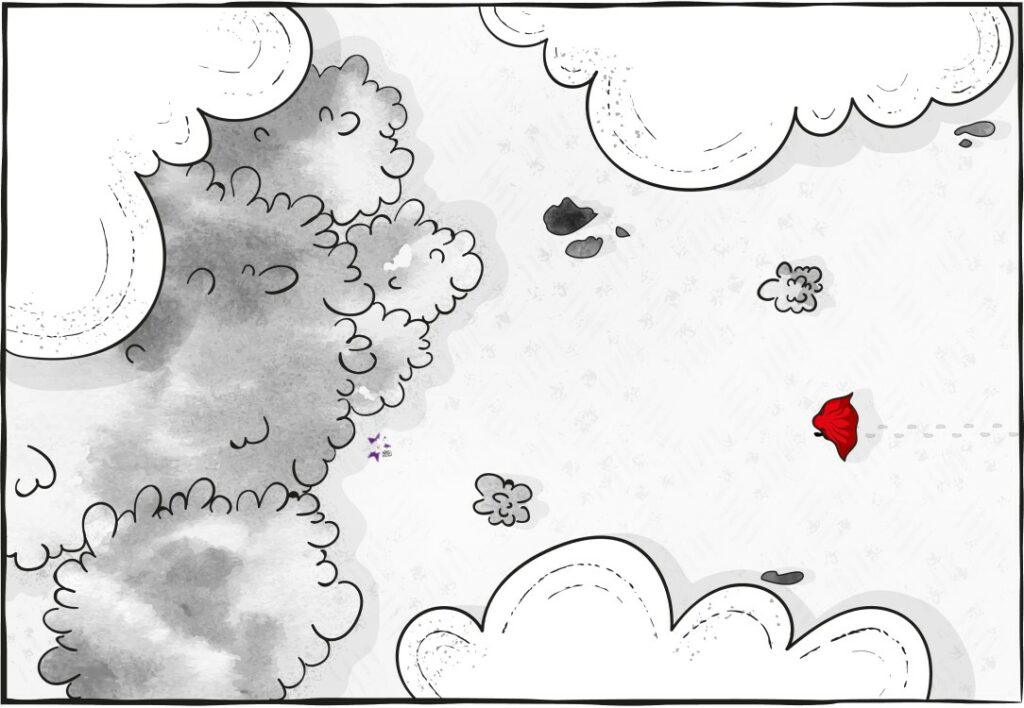 “It must be some kind of mysterious treasure, she was thinking to herself. Tingling with excitement, she was gaining on the wreckage spot.And, once on she reached the place, she was not disappointed! The treasure was indeed there. And, indeed, it was mysterious: an ancient key, a mysterious piece of paper covered with more runes and a golden ring, set as a pendant on a chain. What was she to make of it.“ 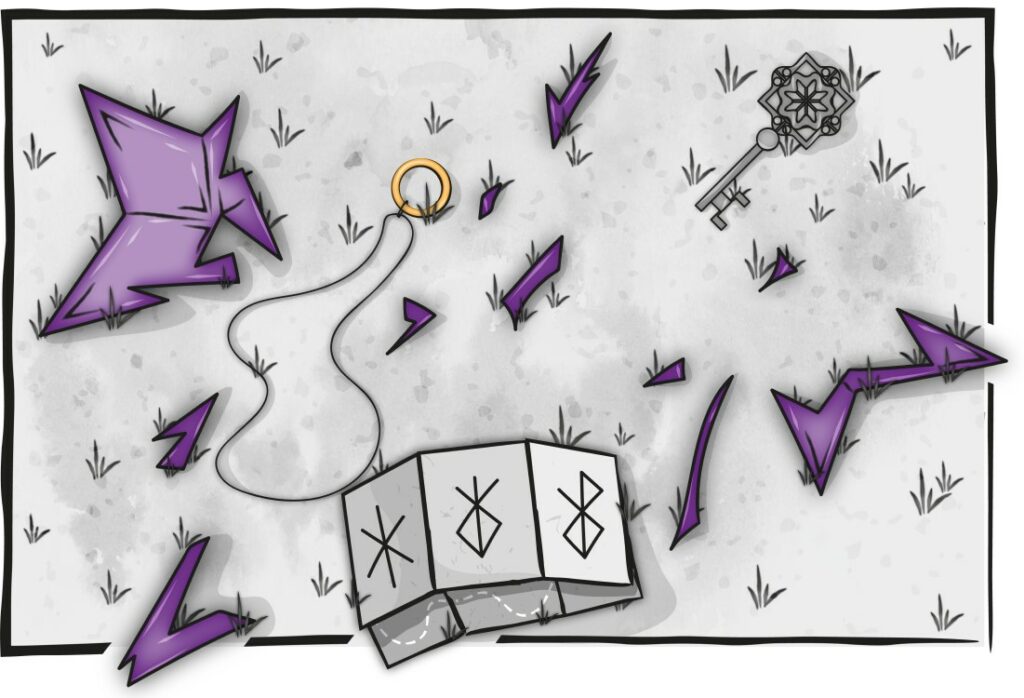 “Intrigued, she picked up the first trinket that caught her eye – the golden ring. The glow, emanating from it, enchanted and beckoned with an incomparable force. But as soon as she held it securely in her hand, its glow transformed itself into ghostly apparitions encircling the ring!“ 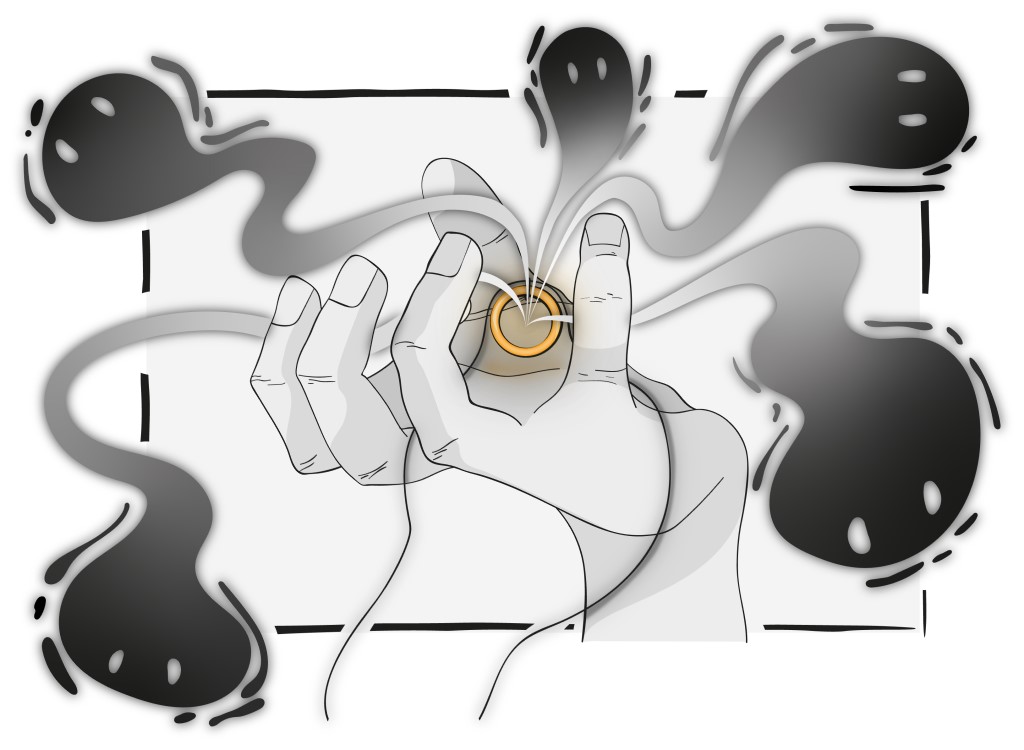 “Stunned and startled, she immediately let go of the ring, hoping that would stop those magical, or maybe even cursed, ghostly apparitions. Imagine her surprise when, once the ring touched the ground, a fantastic ancient spirit of prodigious proportions emerged from it! A crown on his head, a magical staff with a crystal ball (with the same strange runes inside!) in his hand and a rather impressive beard paralyzed her from head to toe.“ 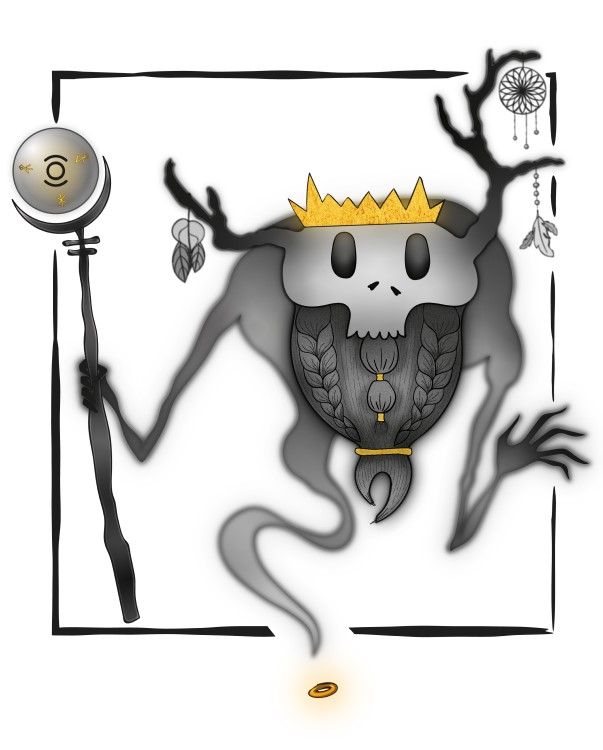 “She started back, swiftly, but stumbled and fell down, hitting her head giving in to the wave of dizziness washing over her. The next second she was unconscious.“ 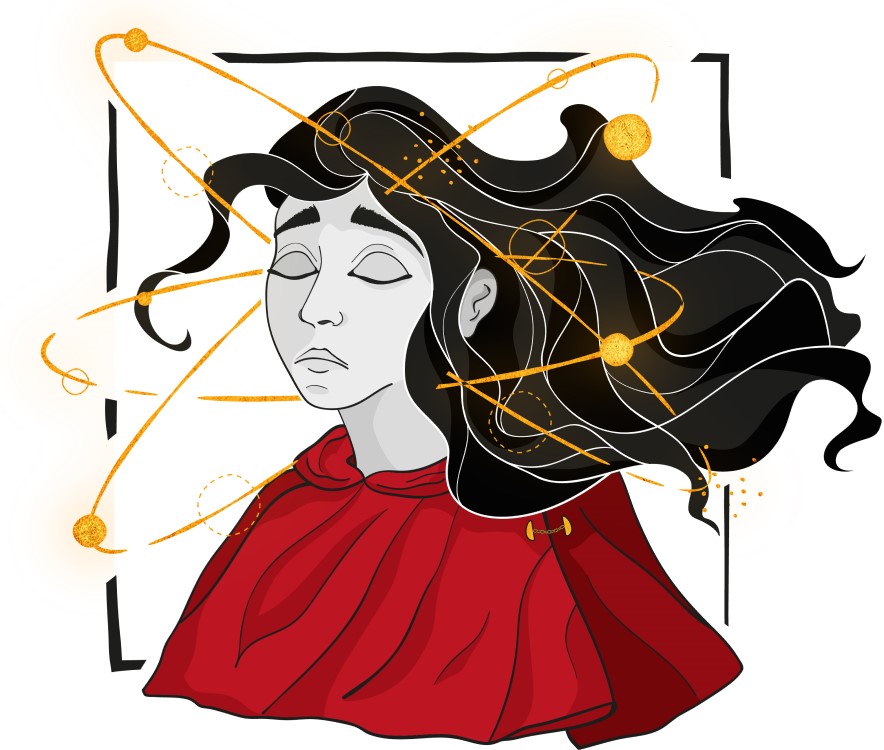 “And in that limbo of unconsciousness mingled with acute alertness, her mind wandered back to that day of her birthday, so many years ago, as she thought. She remembered it to be the happiest day of her life: her mom teaching her to cook the most delicious muffin, the tastiest of them all, spending time playing board games with dad. Silly, everyday things, yet the most important things of them all.“ 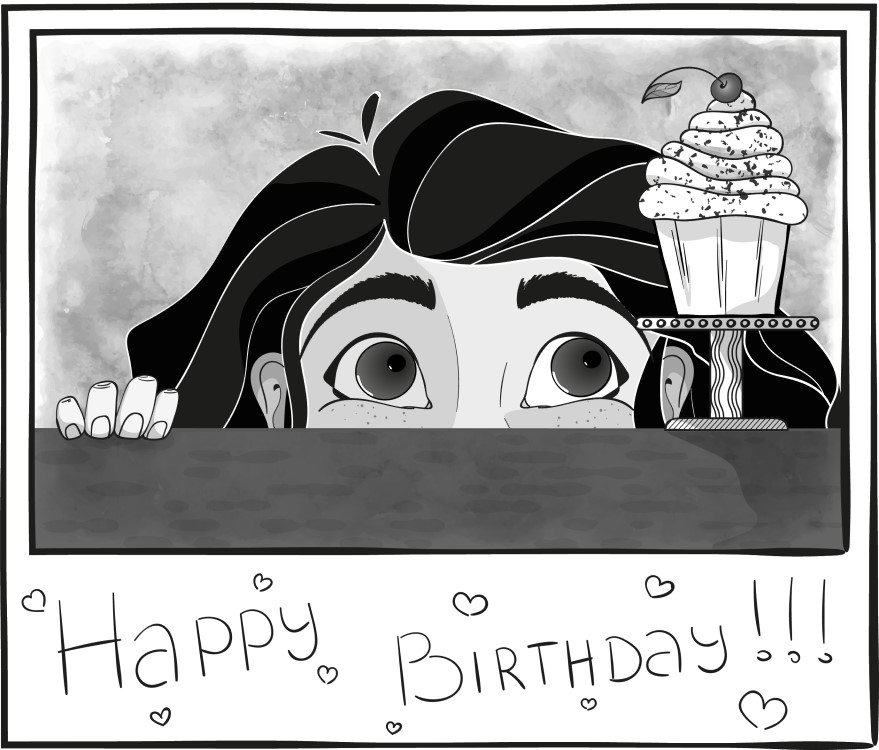 “And while she was reveling in these warm, nostalgic recollections, savoring every tasty memory, relishing every sweet feeling, a disconcerting, alienating and terrifying worry kept creeping in on her closer and closer. What if she was just misremembering things? What if it was all just make belief? What if she only looked back a bit closer, she’d find that all it was, was just the dark?“ 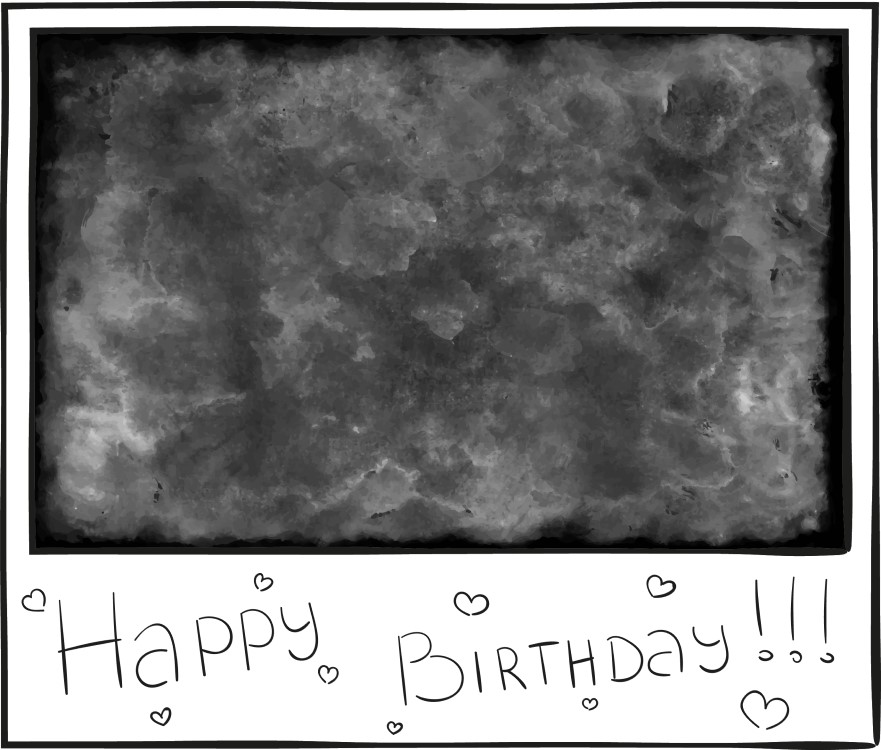 “The first thing she saw as she came back to her senses was her coat. Or, rather, her cape. And it all started to come to her, her whole journey right from the start…“ 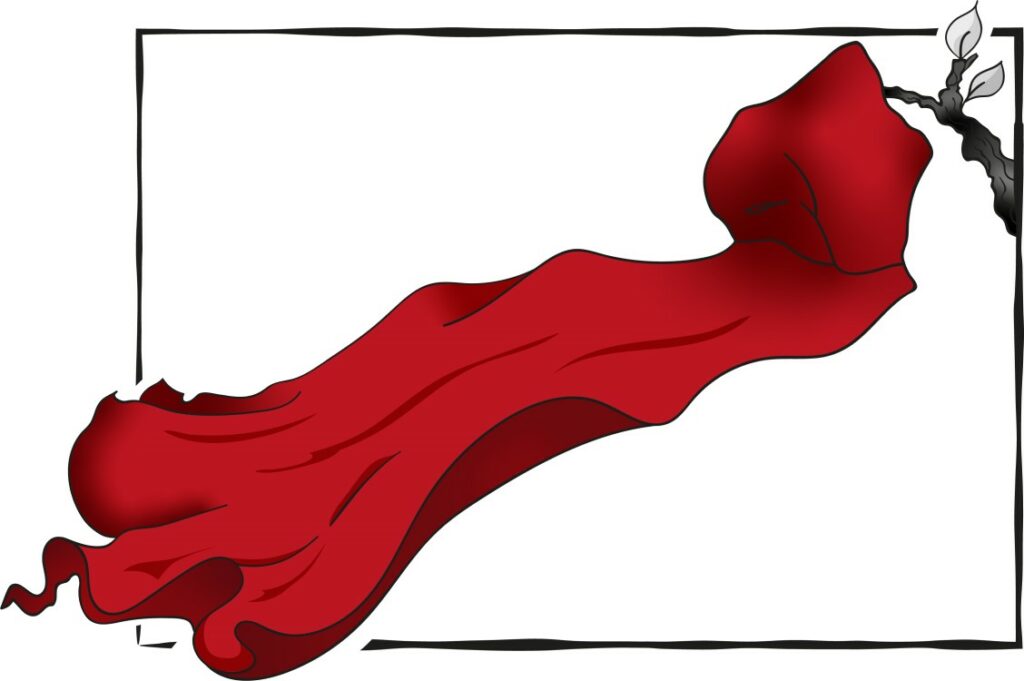 “She remembered how fantastic her ride has been so far, her letting go of the past and her getting back on her feet, her mysterious journey, the signs in the sky, the runes in the stones, the ghosts in the ring…“ 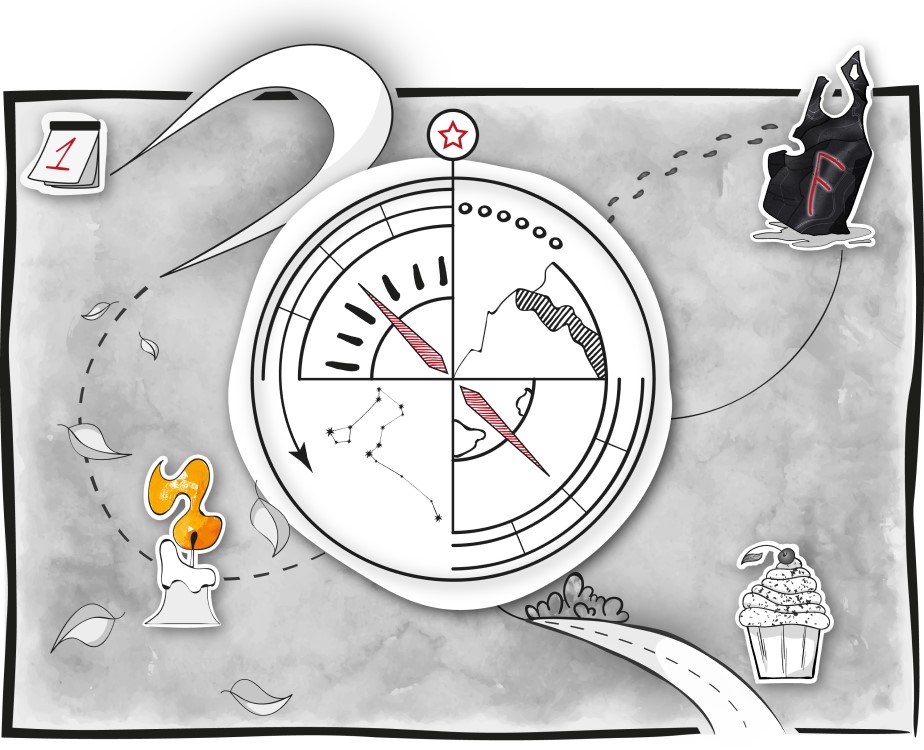 “She knew it was just a beginning. She wanted to go on, to continue venturing and challenging herself. There was still so much more to experience, to discover, to live!But first, she needed to get up. And, figure out whether and how badly she has injured herself. A fall can be just that, a fall. But, better safe than sorry!“ 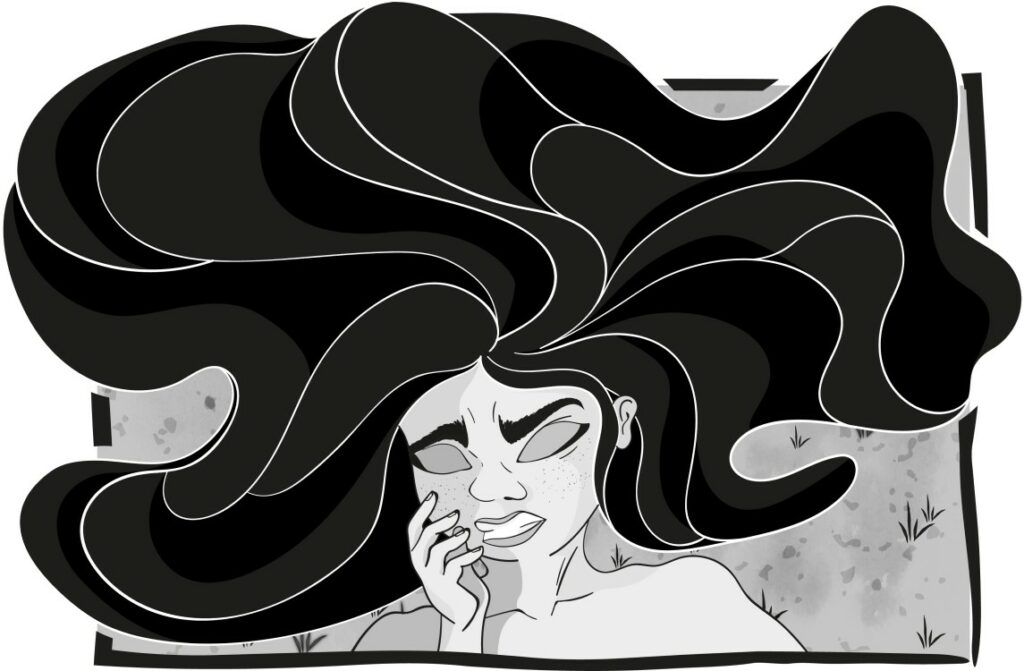 “Having made sure that she was in one piece, she was ready. Ready for the new step, ready for her new adventure of figuring out the puzzles she has encountered along the way, ready to catch a new breath of spring, ready to finally breathe.“ 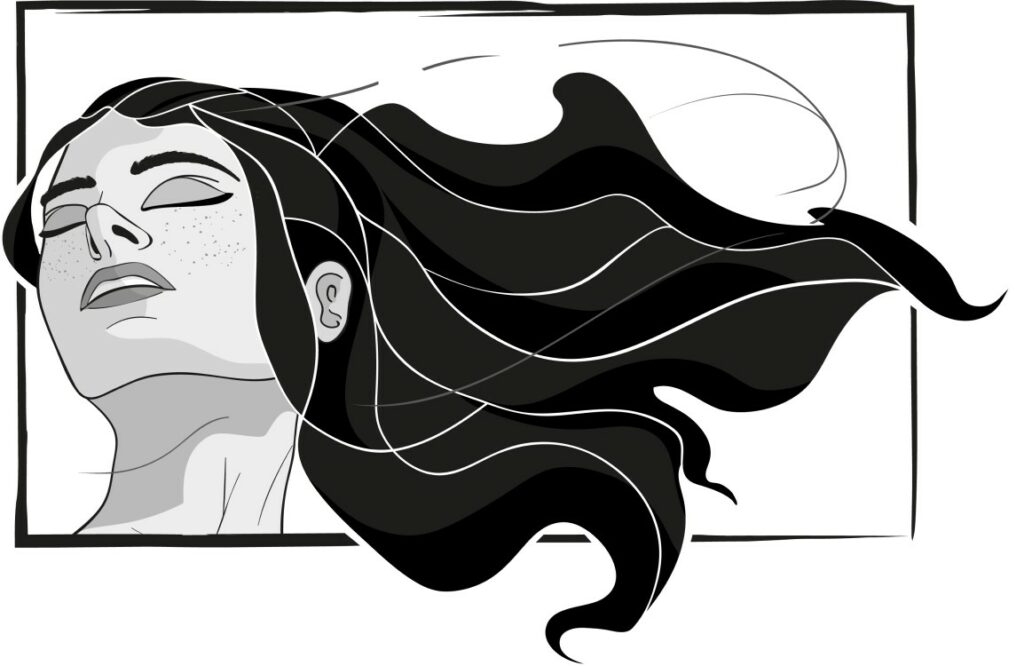 “Whatever the future had in store for her, she was ripe for that challenge. She knew she could.“ 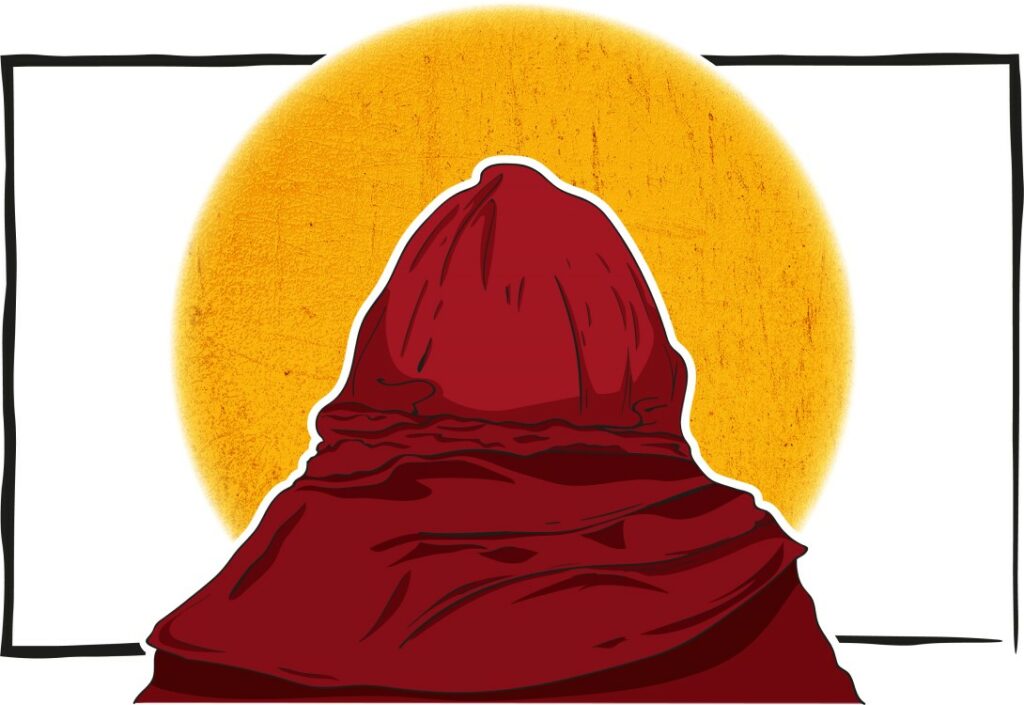 Made with curiosity and passion. ©